In celebration of Women’s History Month, and in keeping with the 2022 symposium theme of celebrating change-making women, the education committee produced an event at the Idaho History Museum, featuring their “Trailblazing Women of Idaho” exhibit.

Members and guests heard from an amazing panel of women and were then able to tour the exhibit, along with the rest of the museum, after hours. The evening began with an introduction by the Executive Director and State Historic Preservation Officer, and IWCF member, Janet Gallimore. Liz Hobson, Museum Administrator, then took us through the creation and curating process of this inspirational exhibit – 109 women featured (of which 49 are living trailblazers), almost 100 artifacts in the seven exhibit galleries.

We then heard from a speaker panel of three women who are featured in the exhibit:  Ellen Ochoa, Mary Ann Arnold, and Kay Hardy, sharing stories of their adventures, lessons learned, and advice for future trailblazers.  (Mary Ann and Kay are also IWCF members.)

Mary Ann Arnold described her career, beginning as a young girl interested in science, and the many “no” responses she overcame. Kay Hardy also described her challenges as a female business leader, and choosing her own path, which aligned with her values rather than the common practices at the time. Ellen Ochoa also faced obstacles as both a woman and a minority, yet made a hugely successful career at NASA, as Mary Ann Arnold did as well. These women had much insight and wisdom to share, including a few specific nuggets: Ellen – Ask for what you want; Kay – Values matter; Mary Ann – Assess, adapt, and achieve. Each continues to inspire the next generations of trailblazing women through mentorship, exhibiting their values in daily life, and through speaking engagements to women and girls.

For all those in attendance, it truly was a stimulating and educational evening. Following are links to further information. 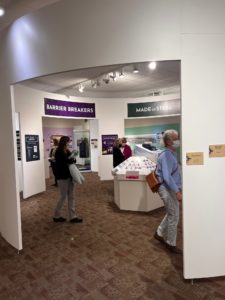 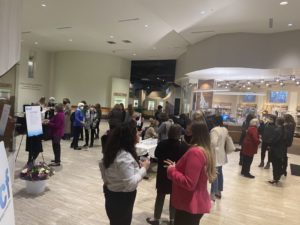 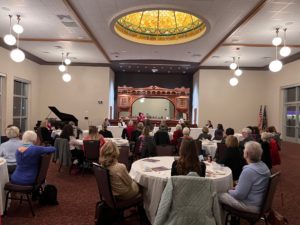 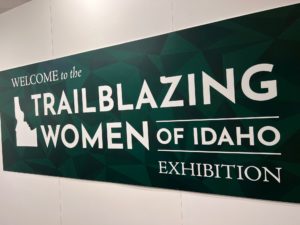 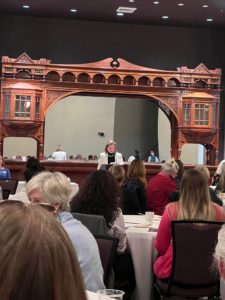 About the Moderator and Panel:

Janet L. Gallimore is the Executive Director and State Historic Preservation Officer of the Idaho State Historical Society, where she directs a dynamic state 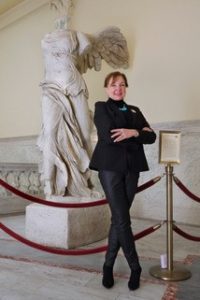 agency comprised of the Idaho State Museum, Idaho State Archives and State Records Center, State Historic Preservation Office, and Historic Sites program.  Ms. Gallimore has 35 years of experience in the field of cultural resource management. She holds an MS in Business from National Lewis University and BA in Business and Fine Art from Barat College.

A graduate of the J. Paul Getty Museum Management Institute, Ms. Gallimore has served as a grant and program reviewer for the National Endowment for the Humanities (NEH); peer reviewer for American Association of Museums (AAM) and its museum accreditation program from 1995-to the present; on the National Field Committee of the Museums and Community Initiative of the AAM; and in numerous capacities on regional and national boards, from 1991 to the present, including the American Association for State and Local History and National Council for State Historic Preservation Officers.

Prior to her work with the State of Idaho, Ms. Gallimore served as a consultant to the Confluence Project that is leading the creation of seven artworks by artist Maya Lin in the Pacific Northwest. From 1981-2003, she served as director of cultural resources for the Lake County Forest Preserves, an entrepreneurial government in the north suburbs of Chicago, where she directed the Lake County Discovery Museum, Bonner Heritage Farm, Adlai Stevenson Historic Home, and the Greenbelt Cultural Center. 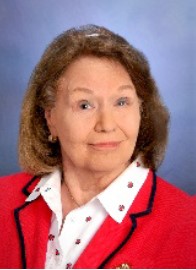 Mary Ann Arnold is a project planner and community volunteer. Mary Ann was a consultant and manager at 5RMK, Inc., Executive Director for Morrison-Knudsen, Inc. (now URS), and Aerospace Technologist , Computer Modeling, and Physicists Team Member for NASA, Lewis Research Lab. She is the current president of the Morrison-Knudsen Foundation and the Foundation for Idaho History. Click here for her full resume.

Kay Hardy was born in Boise, attending local schools on the Boise Bench and graduating as Valedictorian from Borah High School.  She earned a B.A. in 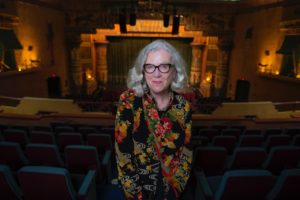 English Literature and an M.A. in Architecture.

Her father was Earl Hardy, known locally for saving The Egyptian Theatre from demolition in the 1970’s.

Kay’s father began farming rainbow trout in Southern Idaho on a rented piece of land,  with an army surplus tent, a used truck and a small bank loan.  He held three jobs at the time to get a start in life.  Kay began working for her father in junior high school, first as a night janitor, moving up to filing clerk, and eventually becoming President of the Company.  Kay began her love of land and water by working closely with her Dad.  Kay has worked for over 40 years to protect water rights on the Eastern Snake Plain Aquifer (ESPA.)

Kay is currently honored in the Idaho State Historical Society “Trailblazing Women of Idaho” Exhibit for her work collaborating with diverse stakeholders to create a compromise solution solving decades of litigation over water.  Working with water users and the State, Kay created a successful “landmark water rights model” as part of the Snake River Basin Adjudication.  As President of Idaho Trout Company,  she worked to ensure water availability and stability in the aquifer which is the source of livelihoods for families and businesses across southern Idaho.

Kay has received numerous awards, including Idaho State Historical Society’s “Esto Perpetua” Award for “visionary support of numerous historic projects of great cultural significance” to the State of Idaho.   She also received the “Governor’s Lifetime Achievement in the Arts Award” which included preservation of the Egyptian Theatre and numerous other projects in Boise celebrating history and the arts. 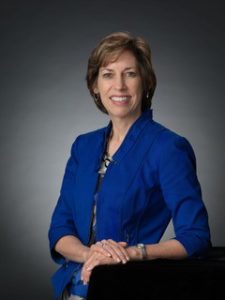 Ellen Ochoa was the Director of NASA’s Johnson Space Center in Houston, TX from 2013 until her retirement in May 2018.  She became the first Latina to go to space when she flew on a nine-day mission aboard the shuttle Discovery in 1993.  She has flown in space four times, logging nearly 1,000 hours.  She currently serves on several boards including as Chair of the National Science Board.  Prior to her astronaut career, Dr. Ochoa was a research engineer and holds three patents for optical systems. She received a B.S. in Physics from San Diego State University, and both an M.S. and Ph.D. in Electrical Engineering from Stanford University.  She is honored to have six schools named for her and has been inducted into the Astronaut Hall of Fame, the California Hall of Fame, the International Air & Space Hall of Fame, and the Government Hall of Fame.