On September 12th we celebrated 20 years of educated philanthropy and collective giving in Southwestern Idaho! Guests were greeted at Idaho Botanical Garden by the music of the Philharmonic Youth Orchestra and a performance by a Philharmonic Orchestra string quartet, generously donated by Boise Philharmonic. Brunch was offered by 3 Girls Catering. 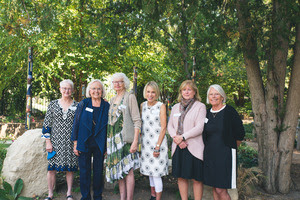 IWCF History – The Reason for Celebration

Twenty years ago, a small group of women, inspired by the Washington Women’s Foundation’s concept of women’s large-scale, collective grant making, determined that together they could make a significant difference in our community as well. They dreamed of an organization whose mission was to educate women about the power of collaborative philanthropy. 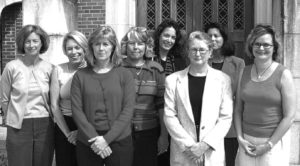 The first meeting took place on September 12, 2001, just one day after the horrific attack on our nation. Thirty-four motivated women joined during that inaugural year. And the Idaho Women’s Charitable Foundation was born.

IWCF is currently a member of Philanos which began as a group of eight organizations around the country and was also modeled after the Washington Women’s Foundation. In 2009, Philanos gathered in Boise to celebrate the Idaho Women’s Charitable Foundation’s first million dollars in grantmaking. Today, IWCF is more than 400 strong and as we have grown, so has our ability to make a difference. We have invested more than $4.8 million dollars through both pooled-funds and Individual Grant Designations (IGD).